In this task, you will implement function DiffuseBSDF::sample_f to represent a diffuse material that reflects incoming light equally in all directions on the hemisphere. Reference the relevant lecture slides.

The function DiffuseBSDF::sample_f is slightly different; it also samples the incoming ray. It takes as input the outgoing solid angle wo and pointers for wi and pdf. It performs two tasks:

How do we sample the incoming ray direction? If you look in bsdf.h, you'll see that DiffuseBSDF contains a sampler object. This is similar to the sampler used in Part 1, Task 2 to generate pixel samples. This Sampler draws 3D samples from a cosine-weighted hemisphere distribution.

For this task, your job will be to implement the functions sample_f and at_least_one_bounce_radiance, and finish the function est_radiance_global_illumination in src/pathtracer/pathtracer.cpp.

When we first enter this function, a ray left the camera and intersected the scene. We want to trace multi-bounce (inverse) paths, so we need to figure out where to go *next*.

If the next location is an object, then we need to estimate how much light arrived at *that* location -- and therein lies the recursion. 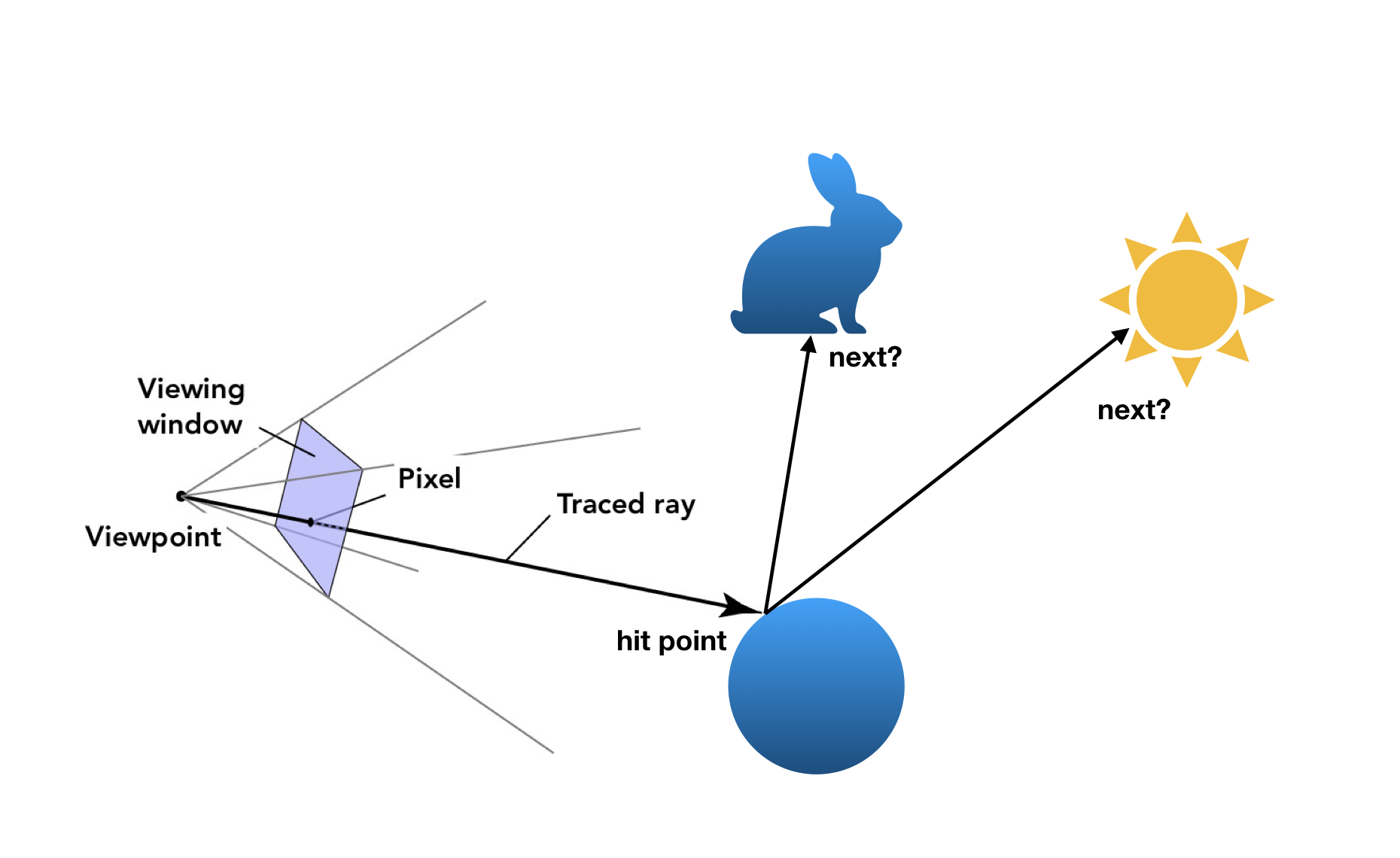 NOTE: Objects that do not use diffuse BSDFs will look completely black like in the image below. This is okay! 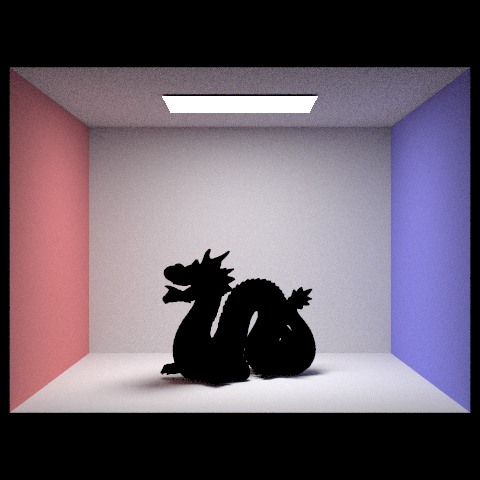