You may notice that, even with basic normal shading, any .dae files with even mildly complicated geometries takes a very long time to render. In Part 2, we will implement a Bounding Volume Hierarchy (BVH) to speed up our path tracer so that it can render these .dae files a lot more efficiently.

For example, try running your path tracer on the following mesh from Assignment 2:

This will take quite some time to complete! The reference solution with only Part 1 completed took 40 seconds to render the image on a Hive machine. The reason rendering takes this long is because the starter code only creates a one-node BVH and stores all triangles and spheres directly into the leaf node. As we will see, a BVH constructed with just simple heuristics will still perform much better, taking ray intersection complexity from O(n) to O(log(n)).

A BVH is a binary tree. The BVHAccel class itself only contains the root node BVHNode *root. Each node in the tree contains (1) a bounding box bb, (2) left and right children l and r, and (3) two iterators start and end pointing to the beginning and the end of a list of actual scene primitives. For interior nodes, l and r are non-NULL; and for leaf nodes, start and end are non-NULL.

Recall BVH allows us to traverse the scene and quickly discard collections of primitives that a particular ray is guaranteed not to intersect. We recommend that you construct the BVH recursively.

First, compute the bounding box of a list of primitives and initialize a new BVHNode with that bounding box. If there are no more than max_leaf_size primitives in the list, the node we just created is a leaf node and we should update its start and end iterators appropriately. (Please think carefully about how you would update the iterators.) Return this leaf node to end the recursion.

Otherwise, we need to divide the primitives into a "left" and "right" collection. Remember that the primitives and their bounding boxes exist in 3D, so we want to split along the axis that gives us the most benefit. Compute the split point along this axis and use it to divide all primitives into a "left" and "right" collection based on the centroid of their bounding boxes. Set the current node's left and right children by recursively calling BVHAccel:construct_bvh(...).

You may find the following functions helpful: 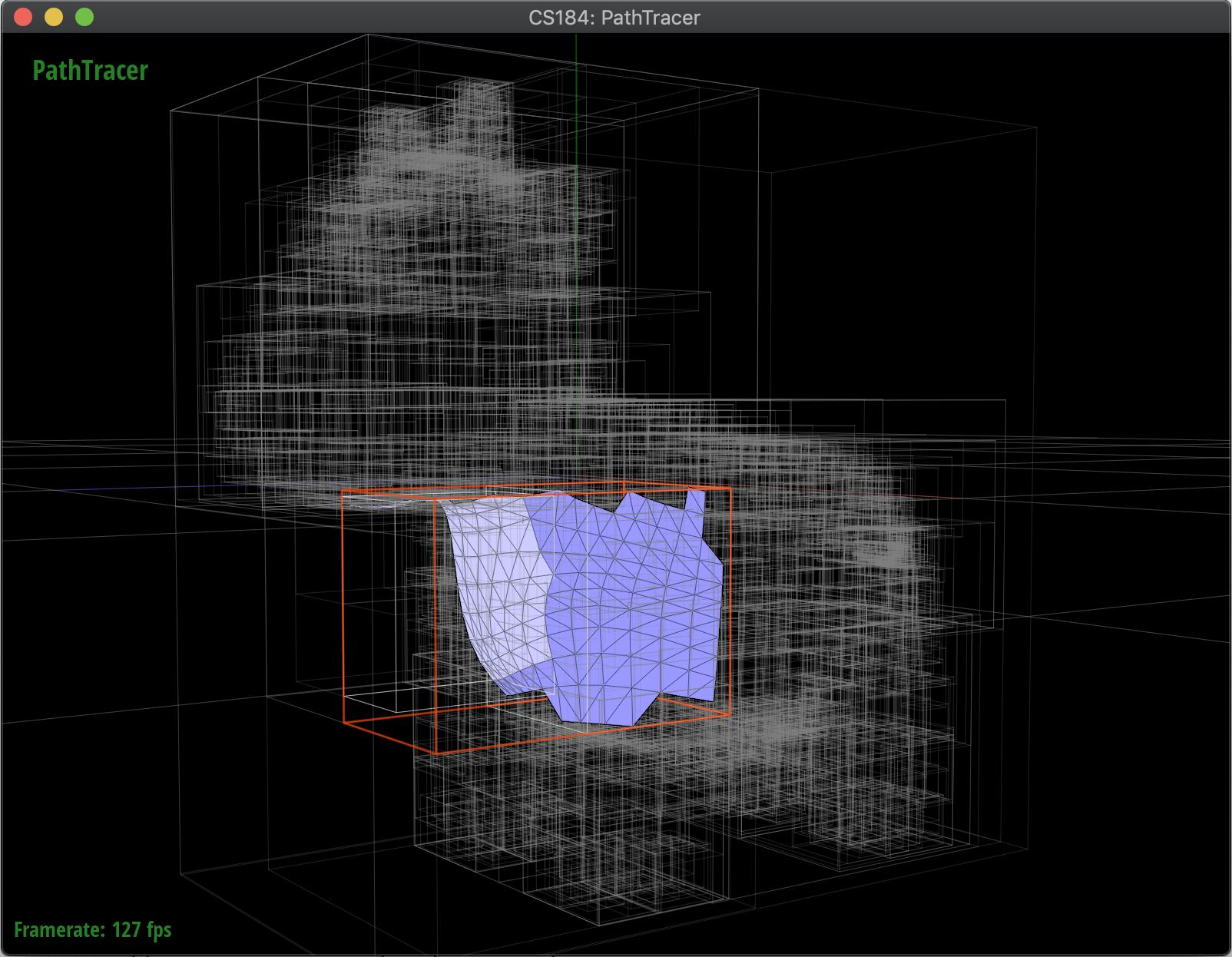 BVHAccel::has_intersection(...) simply tests whether there is an intersection between the input ray and any primitives in the input BVH. BVHAccel::intersect(...) not only tests for intersection, but also reports the nearest intersection via the input Intersection *i structure. You can use these functions as helper functions for each other if that helps simplify your code.

The starter code assumes that the root node is the leaf node and tests the ray against every single primitive in the tree. Your improved method should implement this recursive traversal algorithm.

Let us go back and see how long your path tracer now takes to render the same mesh from earlier:

The reference solution took 0.173 seconds, as opposed to 40 seconds, to render the image on a Hive machine

Once Task 3 is complete, your path tracer should be fast enough to render any of our scene files in a matter of seconds (with normal shading only), even ones like dae/meshedit/maxplanck.dae with tens of thousands of triangles: 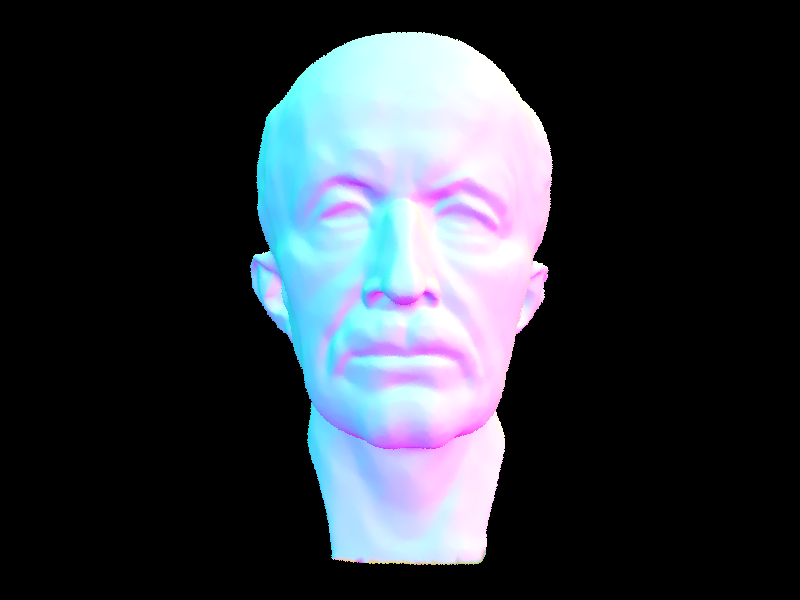 Or dae/sky/CBlucy.dae with hundreds of thousands of triangles. The reference solution took 1.67 seconds to render this image on a Hive machine. 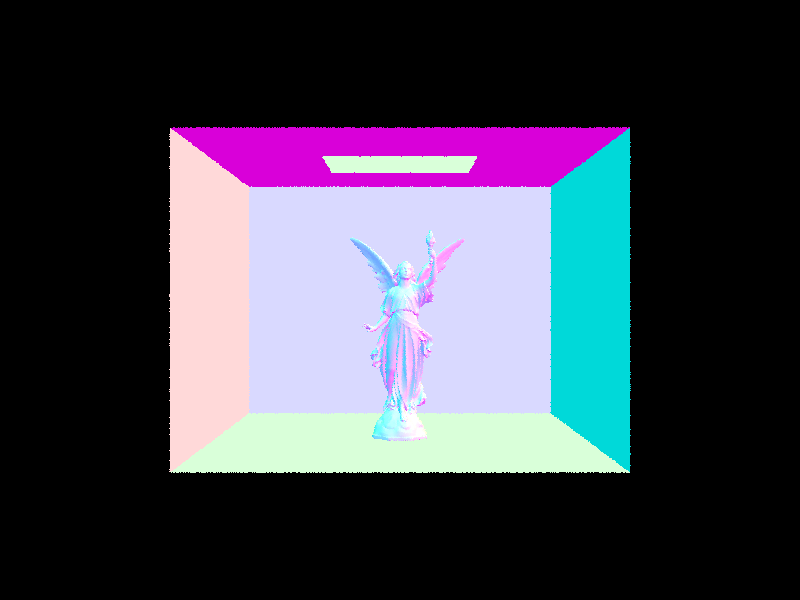 Take a moment to refresh yourself on the deliverable requirements and conduct some performance comparison experiments of your new BVH-accelerated intersection algorithm!